Once the Jewel of the Amazon Nation of Al Simhara, the Great City of Sima-Mighdall now lay utterly deserted. 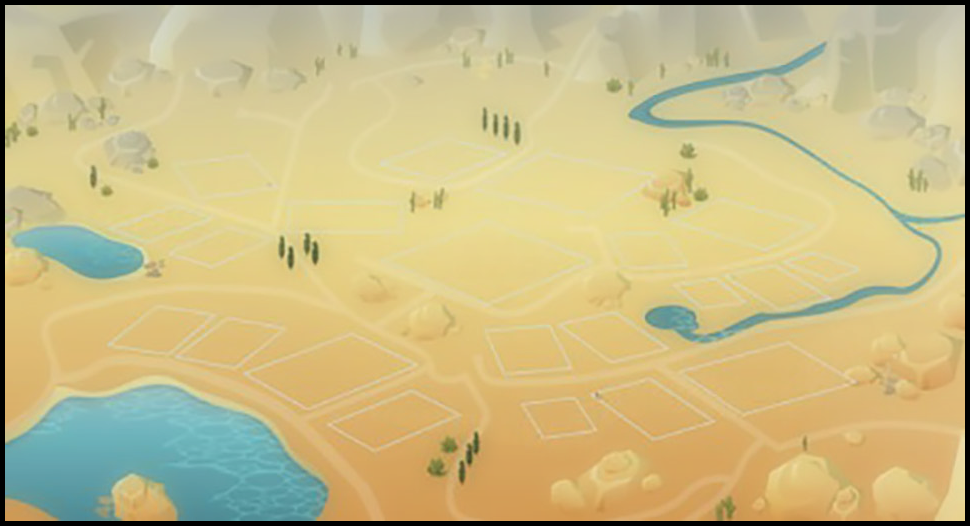 Every house, temple, market, barn, and garden….vanished!  As if by magic…(or bulldozer). 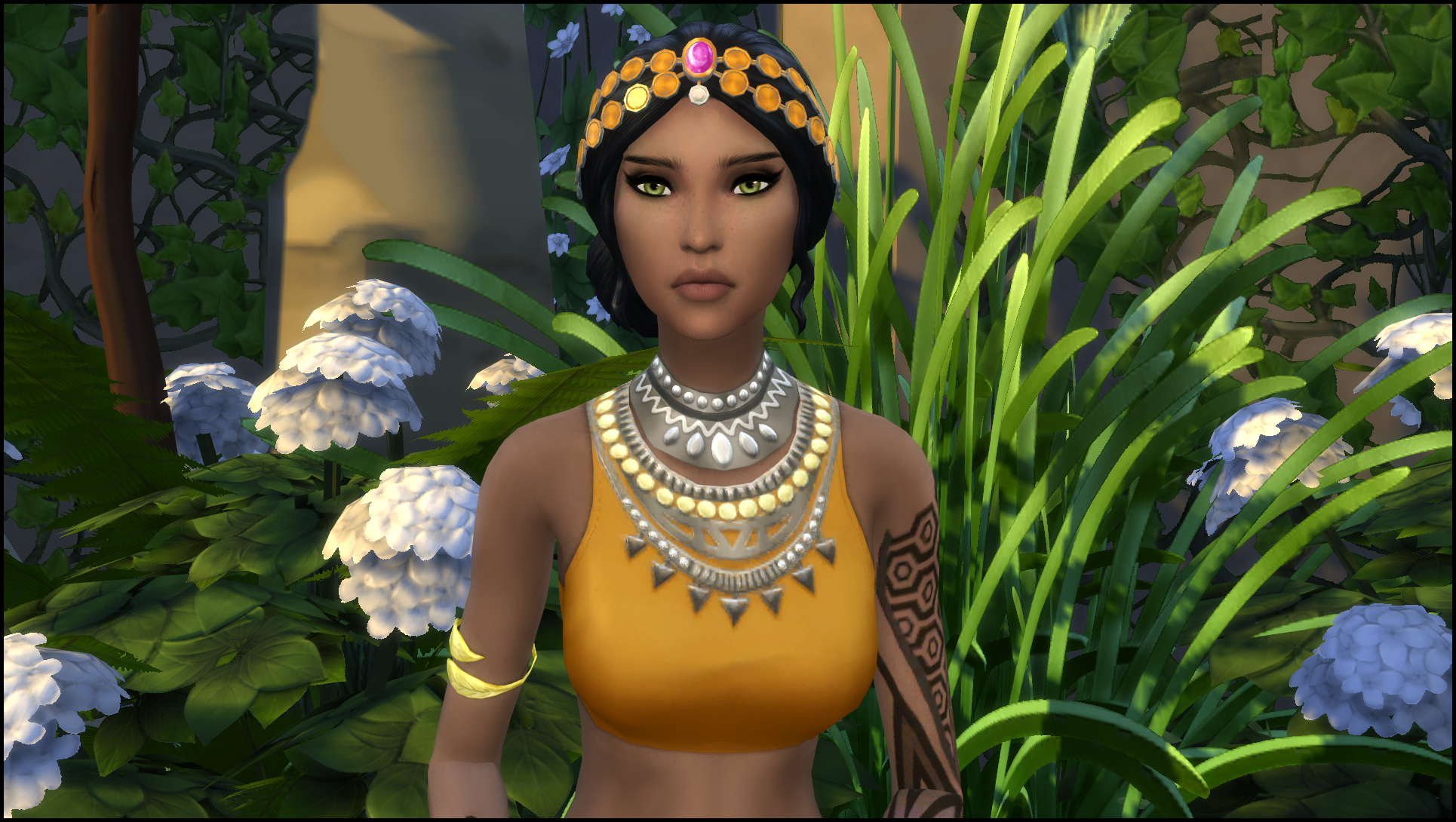 …and only one lone survivor remained; the once High Priestess Bastet, burdened with the mantle of Queen by the Goddess Athena to rebuild the world of the Lost Tribe. 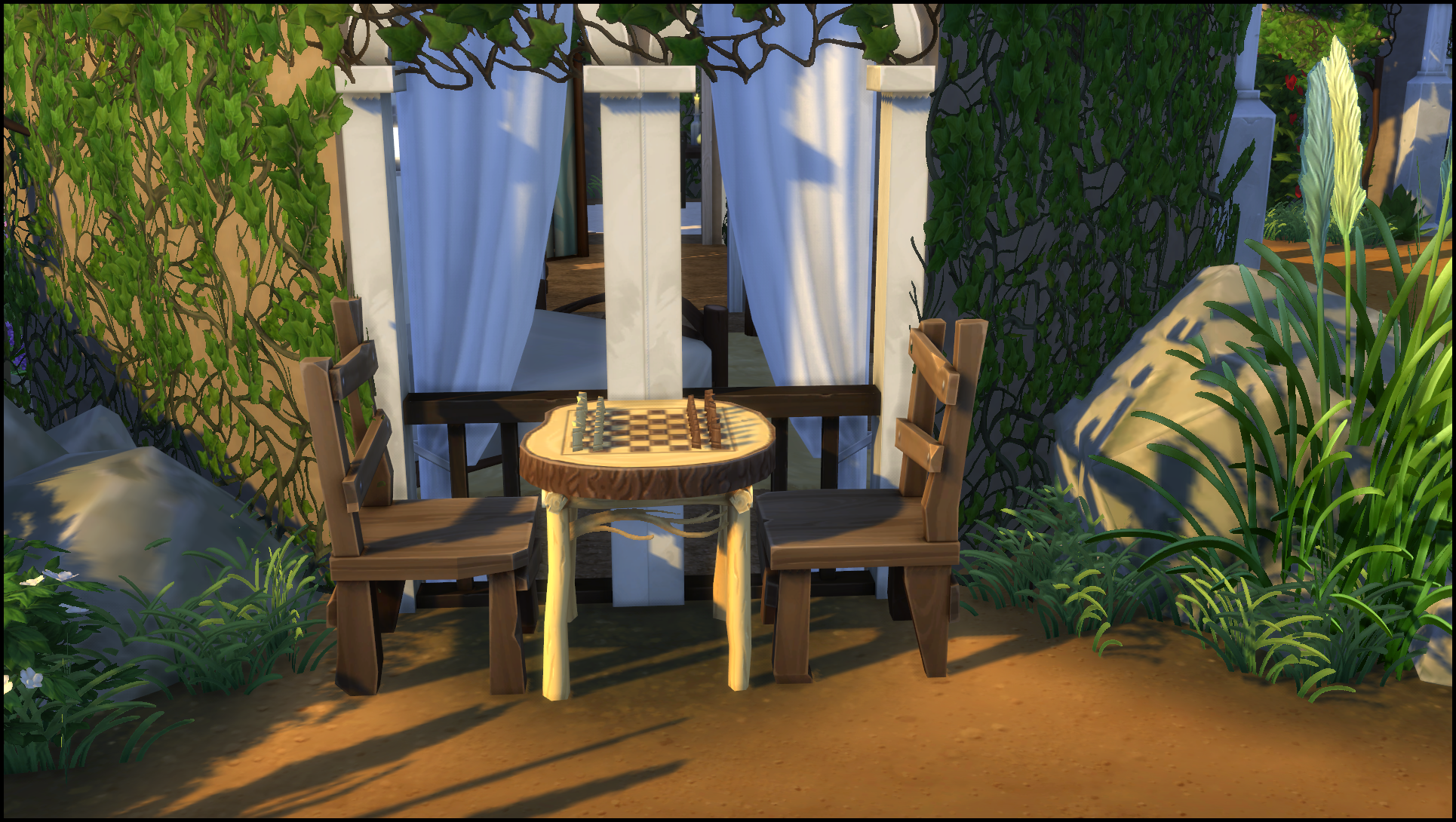 After purchasing her slaves and the materials needed to build their lodgings, there was hardly anything left over to create a shrine to her beloved Goddess; instead, Bastet charged Kadhi and Emil with building a beautiful garden sanctuary in Athena’s honour.

Eager to show his worth, Kadhi scoured the land around their village for valuables to sell, and surprised his Queen with a handsome chess table and meditation stool, with promises to grow a lush garden around the spot so that she may commune with her Goddess surrounded by beauty. 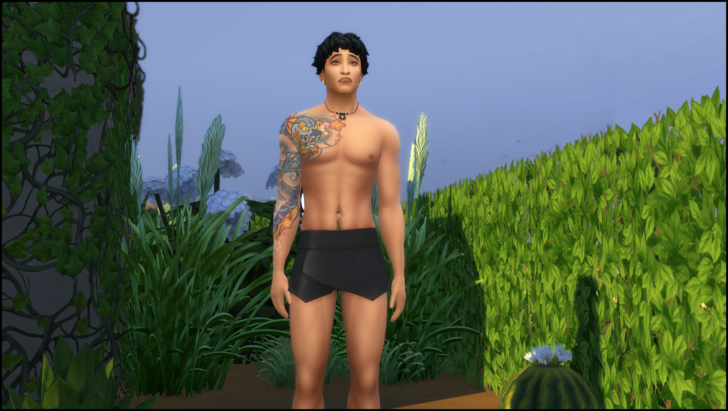 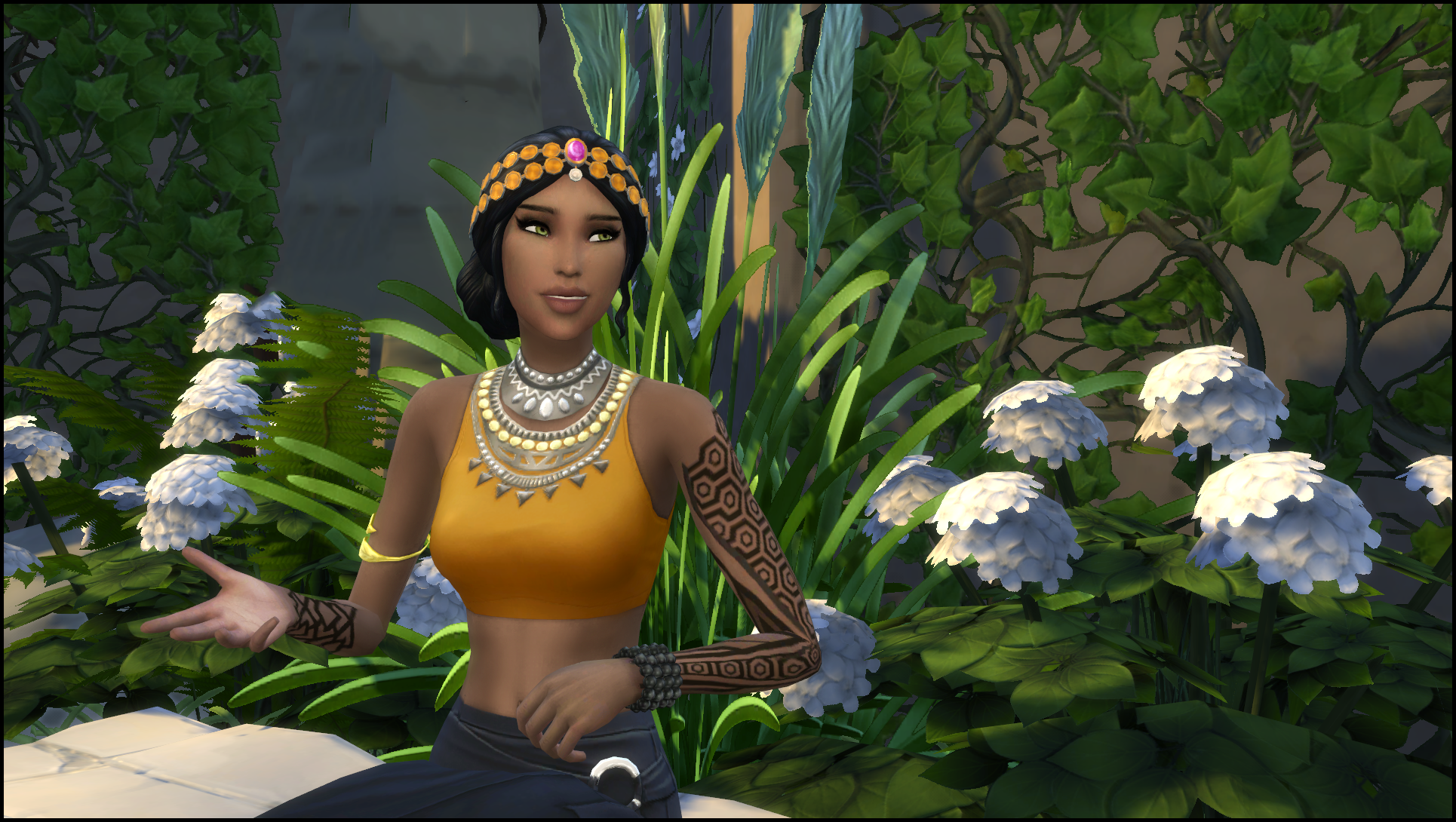 Bastet was pleasantly surprised with Kadhi’s initiative and thoughtfulness, and desired to reward him. 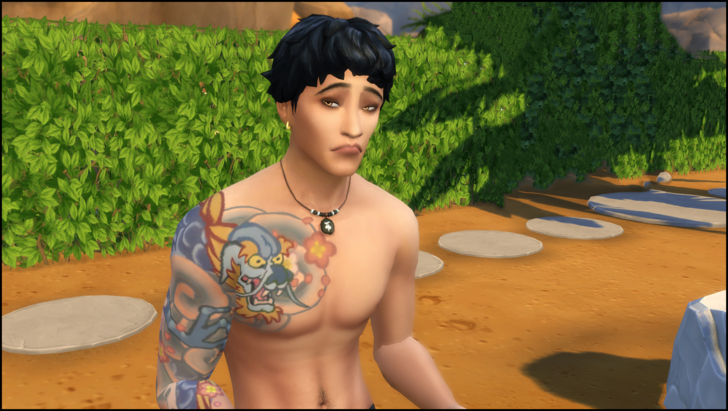 “Kadhi does not know.” 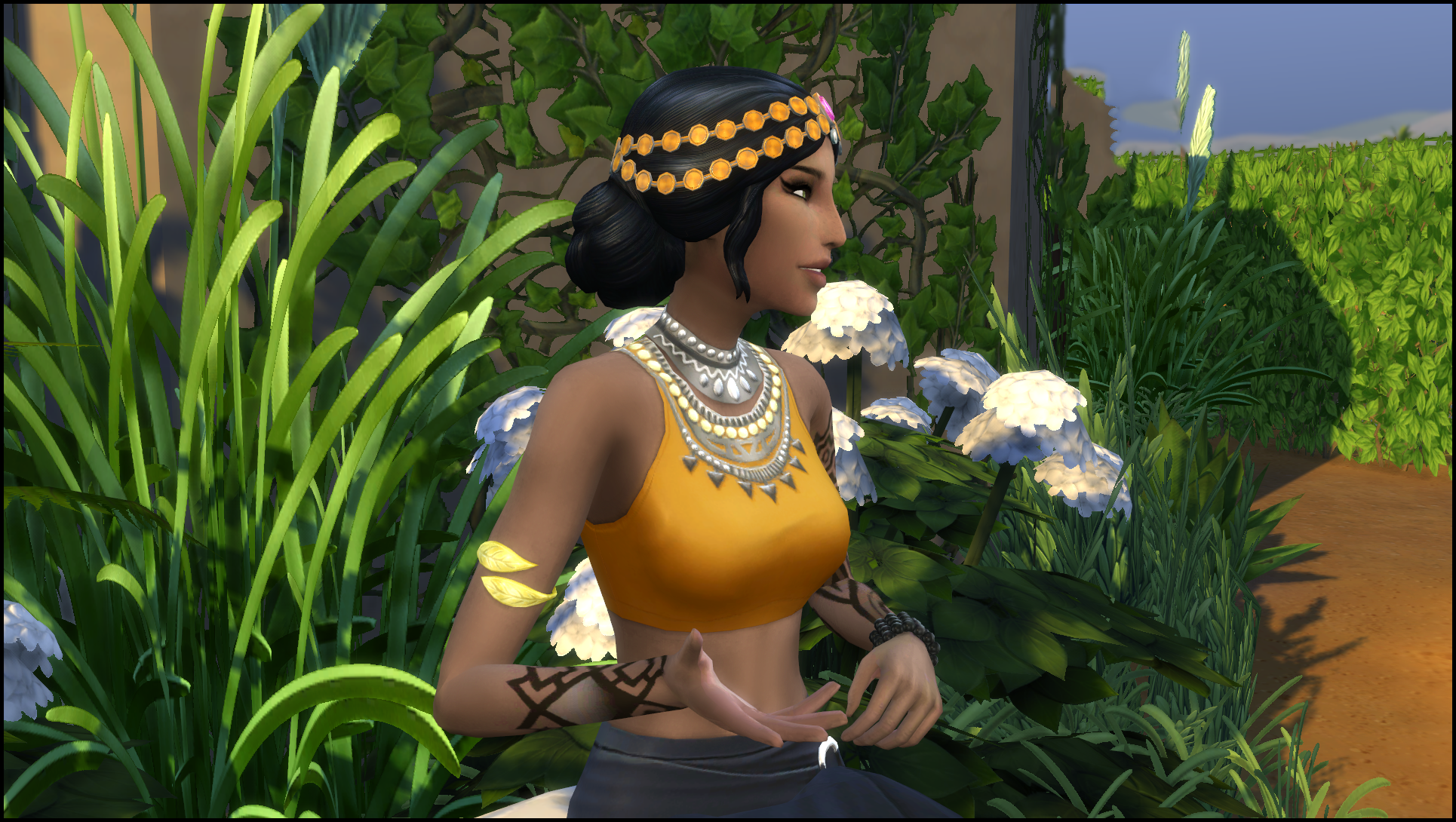 “Well, the Priestesses of Athena keep themselves…er, away from men, to stay pure like the Goddess Herself.” 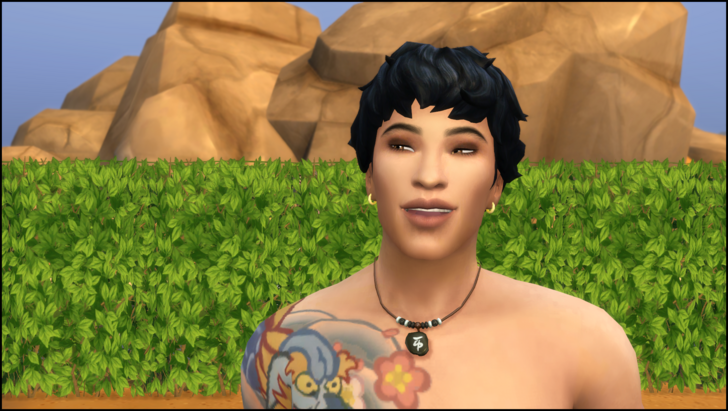 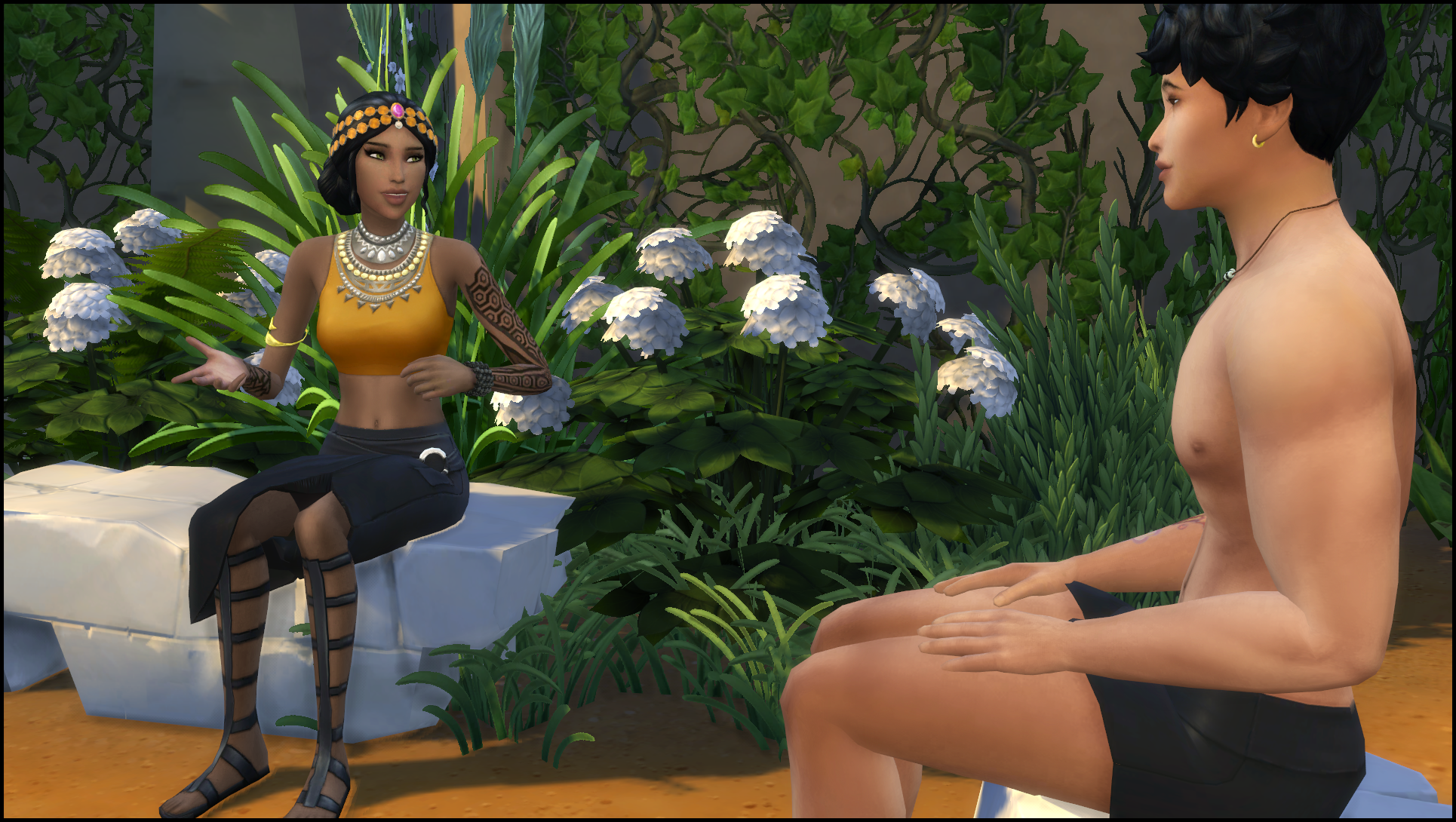 “So, anyway, I was thinking that maybe you’d like the honour…well, I mean, I guess I should command you to like the honour…?  It’s no big deal, I just need to get this out of the way and you seem a bit calmer than Emil, or something…”

“I just don’t want my first time to be too exciting, you know?  I mean, er, I’m sure it will be exciting, not that you’re not exciting, just not scary exciting.” 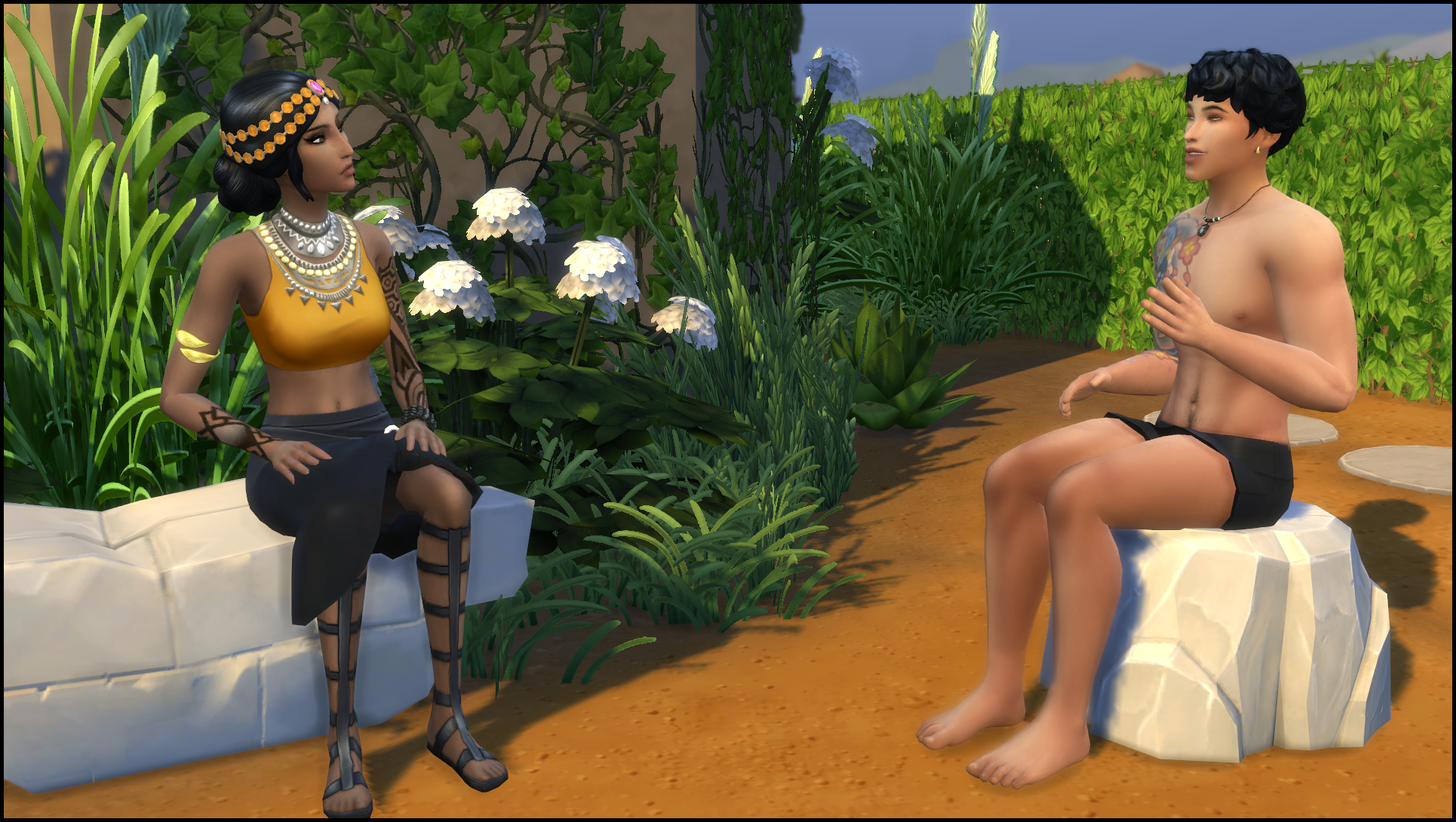 Kadhi was overwhelmed with the great privilege his Queen was offering him, “wow, this a huge deal for me, Majesty! I promise to give you all the calm-not-too-exciting you can handle!” 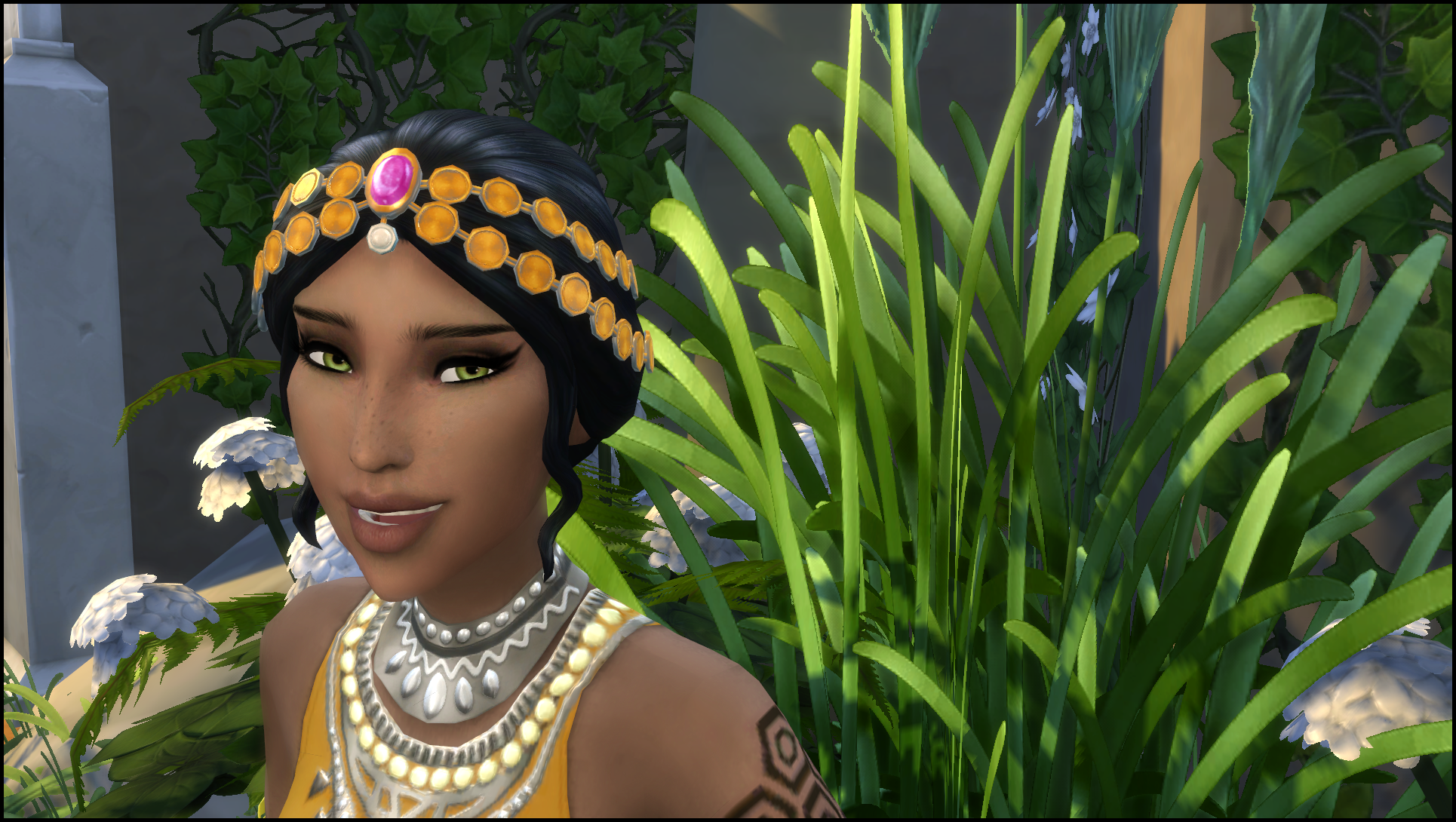 The Queen knew him to be the gentler natured of  her two slaves, and was less worried about her first forays into the world of woohoo than she would have been with fiery Emil. 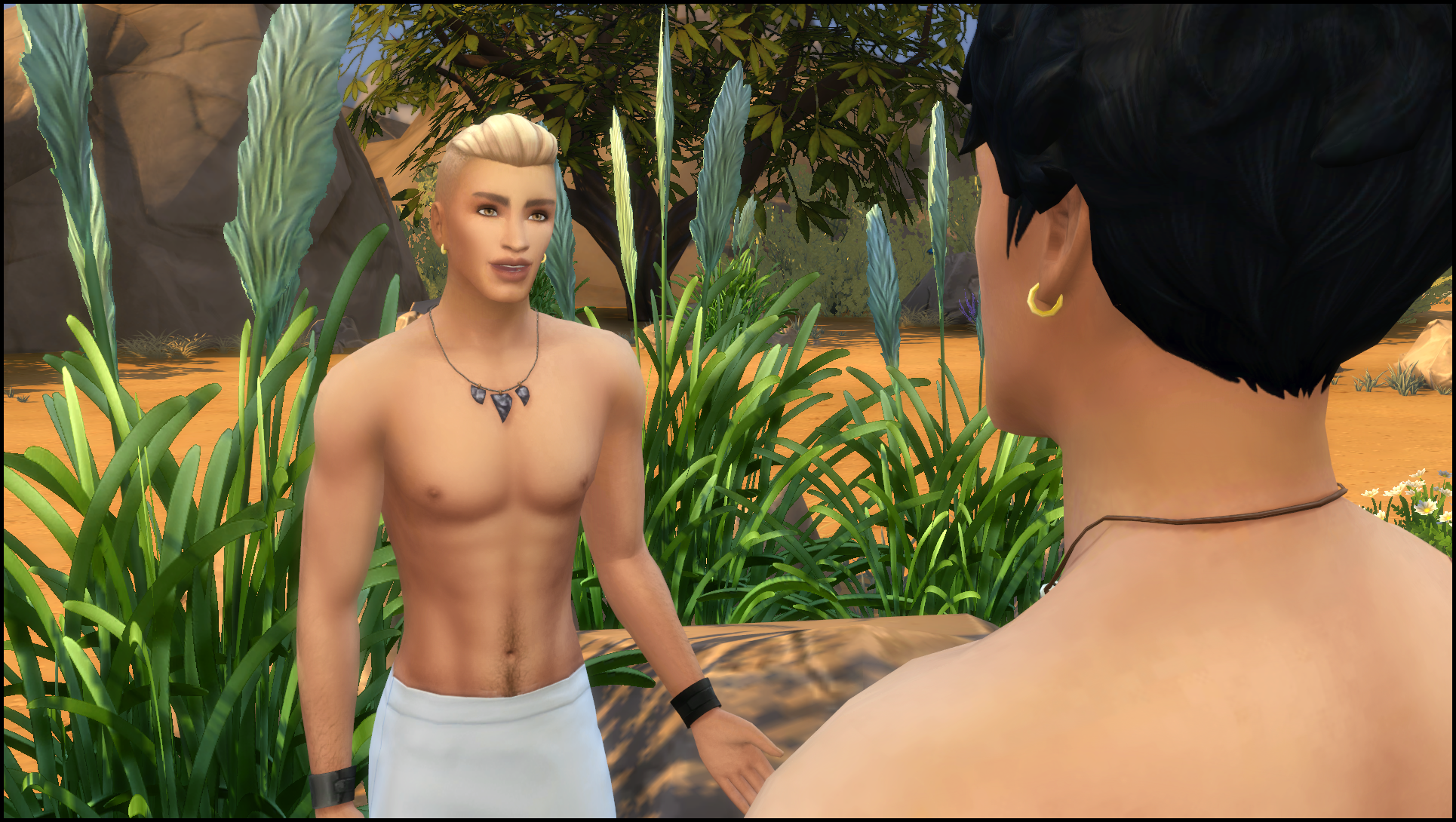 Emil was disappointed at not having been chosen to serve their Queen in this way; he surmised that Kadhi’s lovely gifts must have earned her favour, for was he not the stronger and more handsome of the two?

“When our Queen tires of wrestling with a cub, she will no doubt come to me looking for a tiger!” 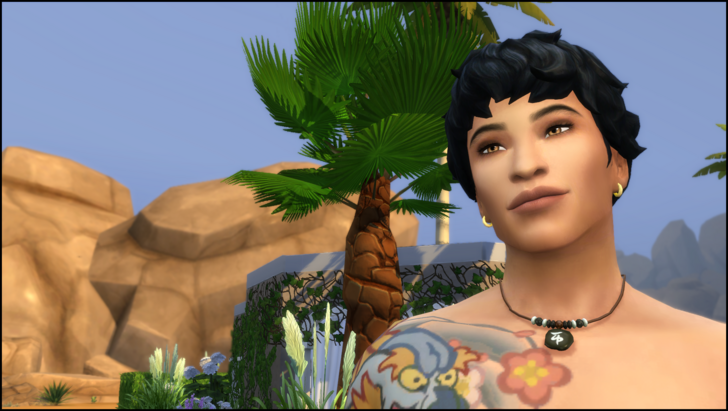 Kadhi would not rise to Emil’s bait; he had been raised well and did not indulge in gossip about his master. 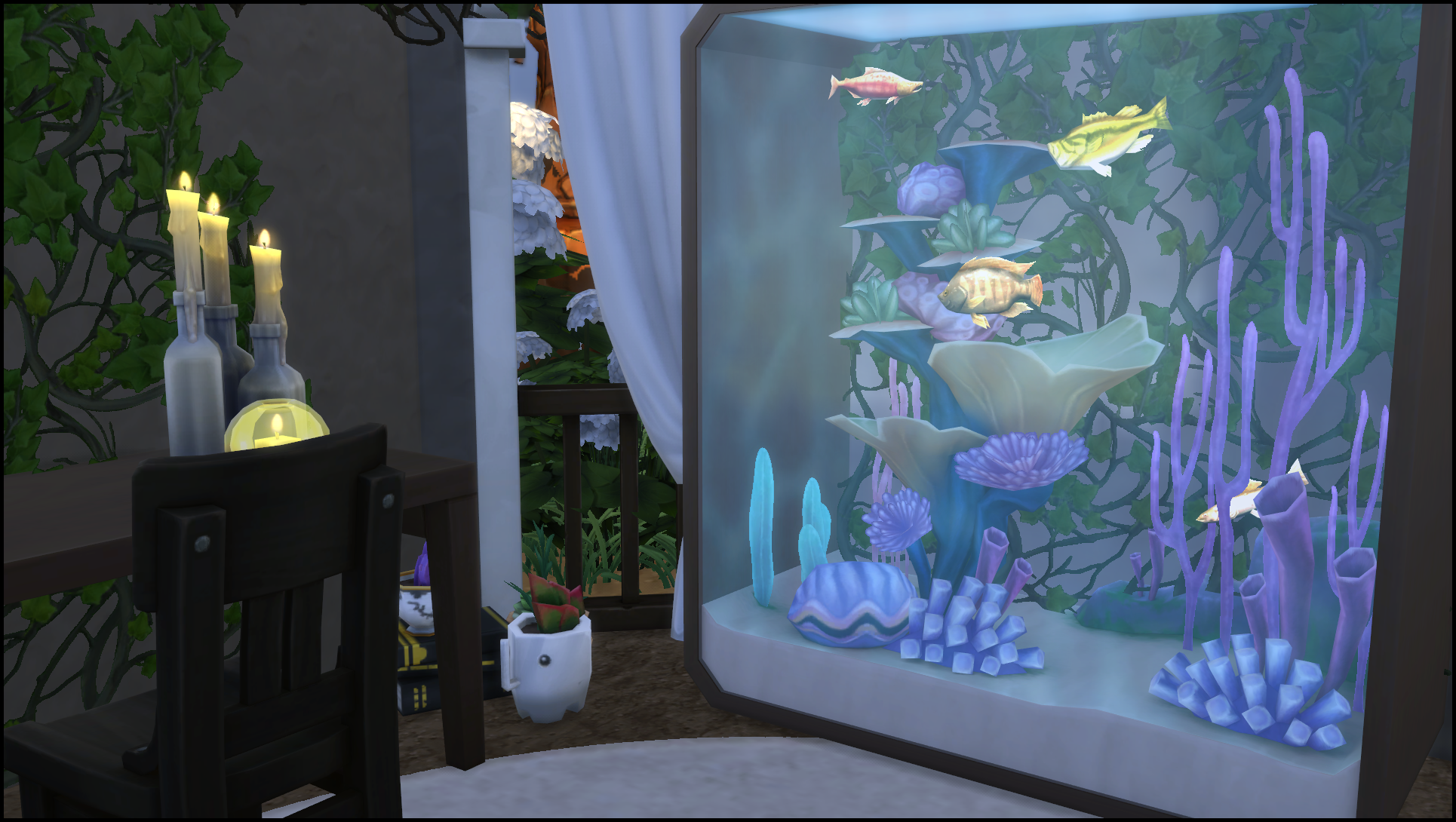 Seeking his Queen’s favour, Emil set aside the best of his catch to trade for an aquarium for her bed chamber; he promised to fill it with exotic specimens he caught himself. 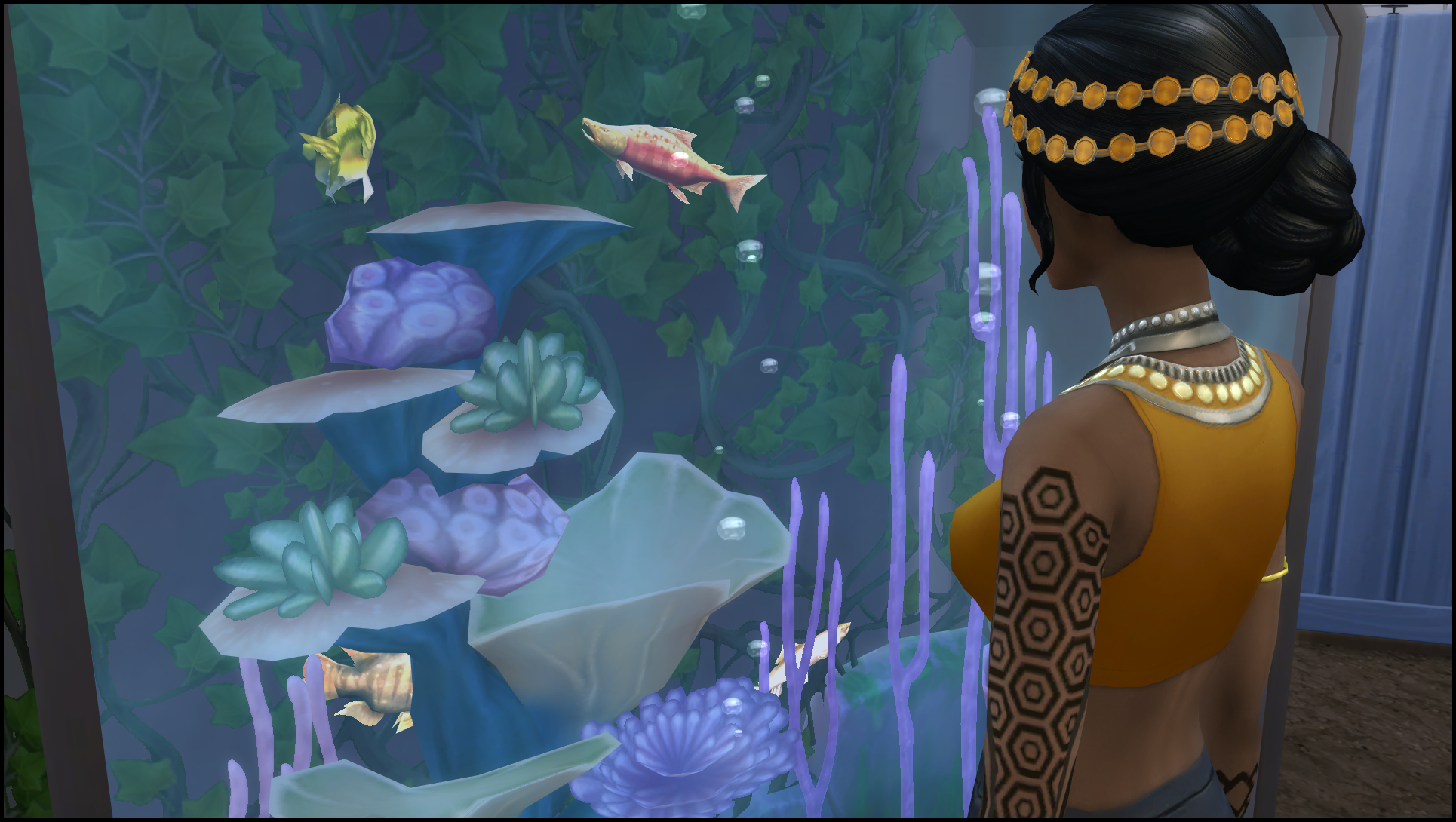 Bastet was delighted with Emil’s gift!  She knew the time would soon come to choose a sire for her firstborn daughter, which was not a duty to be taken lightly; with two such fine and worthy slaves, it would be no easy task to decide.

The young queen concluded she should do as she always had in the past, and seek the wisdom of the Goddess in this matter. 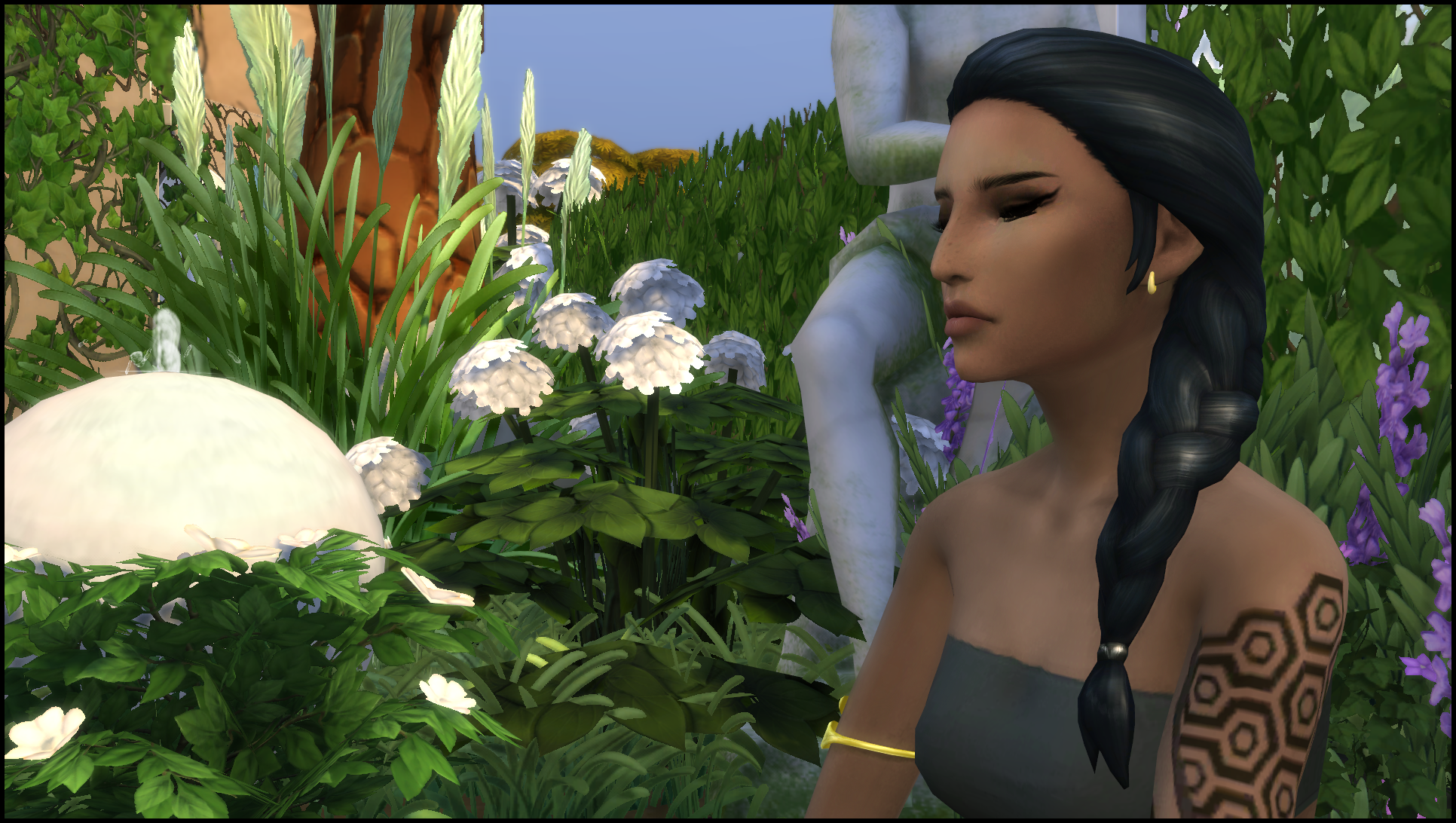 Bastet dedicated herself to her prayers with great fervor as she had always done, meditating on Athena’s wisdom in the hopes she would be shown a clear path.

But all that would come to her mind was how hard Emil and Kadhi were working to learn valuable skills and collect for her tribe while she spent her days sitting in the sun, pondering her dilemmas.

Bastet could not help but feel that somehow she was displeasing Athena. 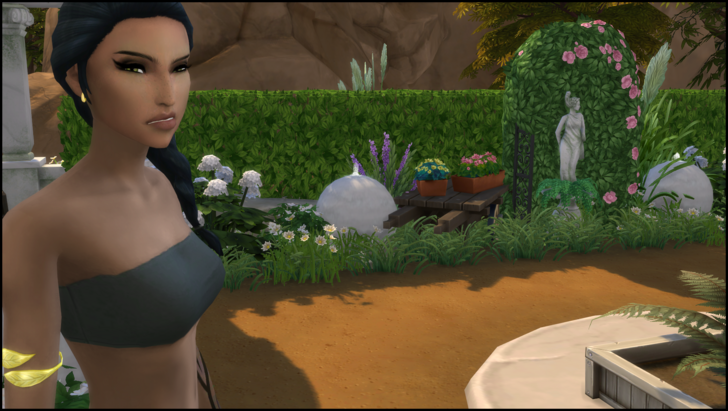 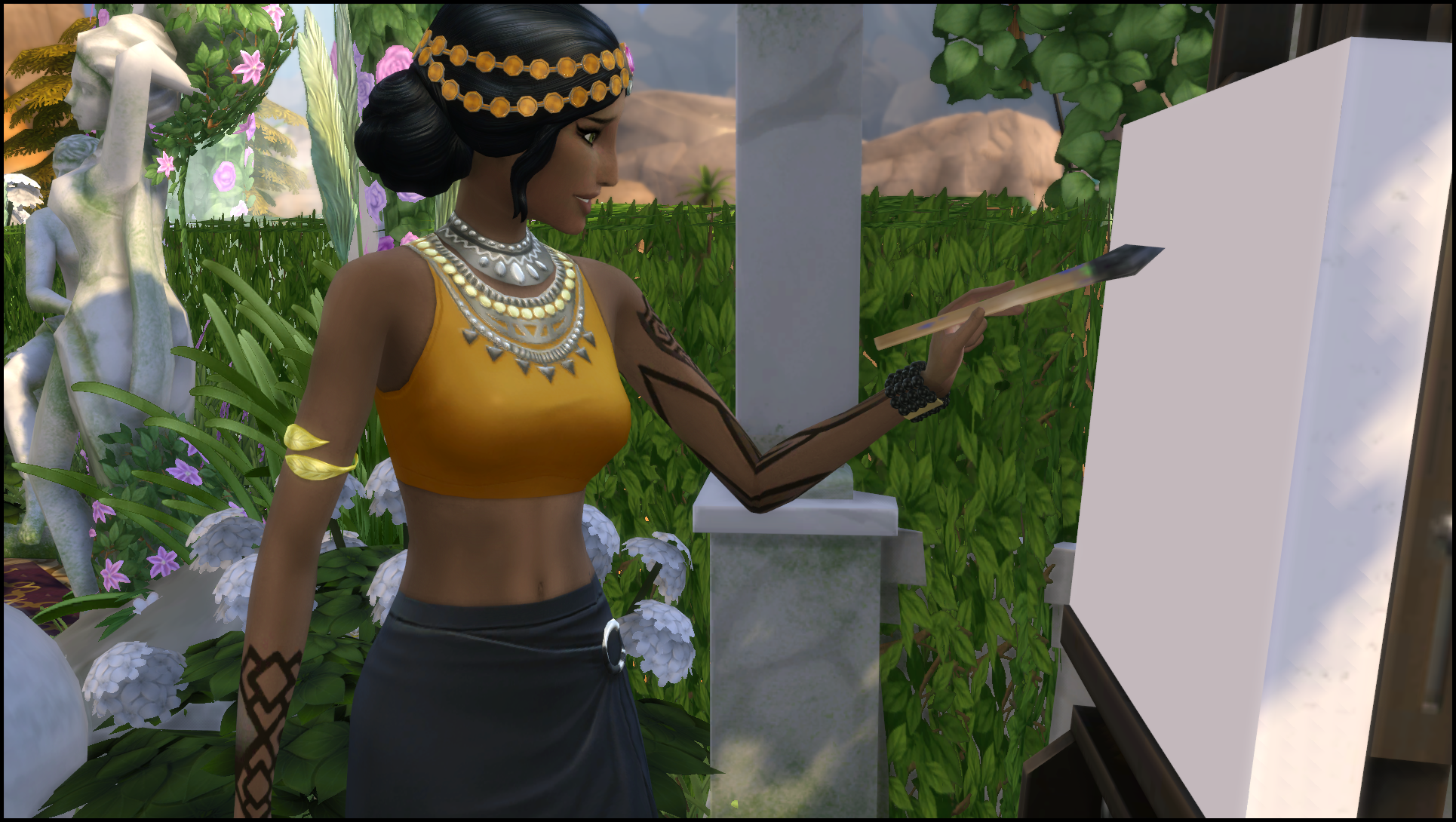 Filled to the brim with agitation, and needing an outlet, the young queen set up an easel in her garden and began to paint.

The lore of this simfic is inspired by the DC comic-verse canon on the Lost Tribe Amazons of Bana-Mighdall.

Also, much of the landscape scenery cuts come from screenshots of The Sims 3 Al Simhara vacation destination. 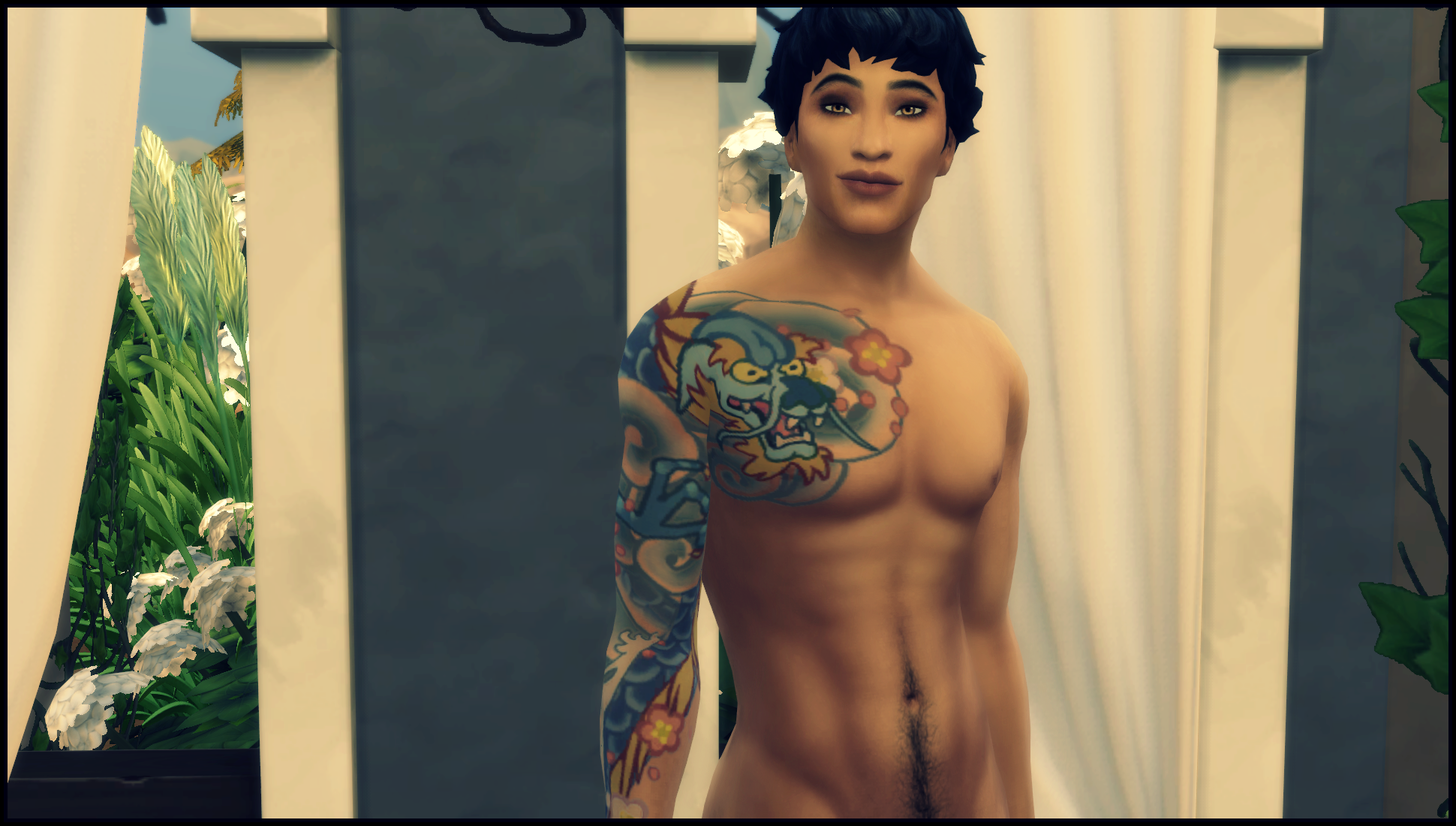