Bittersweet surprise, Temulun of Themysimra, arrived with a book of rules and a breeding slave in tow.

Bastet found out she’d have to start offing slaves to make Athena happy, which was a huge bummer.

Everyone else lurked in the background (possibly to avoid being offed). The sun rose over the horizon with the promise of another beautiful day in Al Simhara.

…as well as a rather conspicuous little bit of mysterious shrubbery in the far corner of the village. Toro was as easy going and friendly as he was handsome, and the young queen did not know how she should act around the man destined to be her sacrificial offering.

At first, Emil took to bringing Aten down to the shore for ‘fishing lessons’, which were really just an excuse to avoid the Themysimrans. 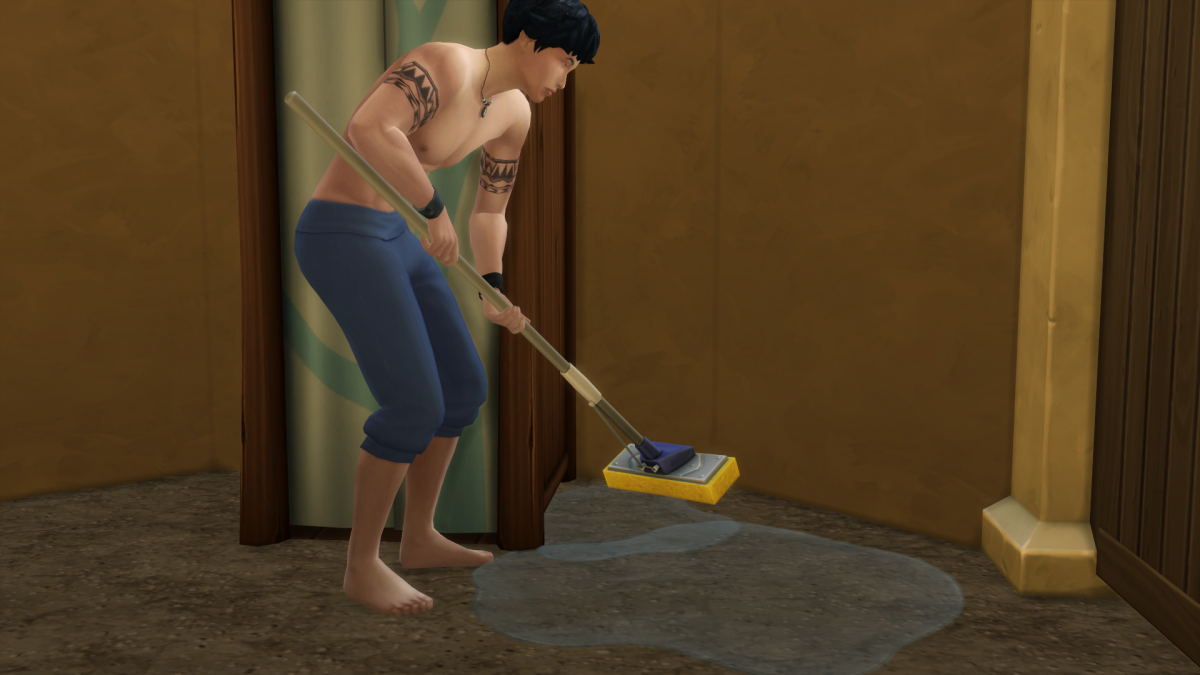 Even the normally friendly Kadhi found himself seeking solitude from the newcomers and the sense of unease they’d brought with them. Toro was polite, but did not try to push himself on the other men, as though he understood their reticence in socializing with him. Soon it was time for a long anticipated event… 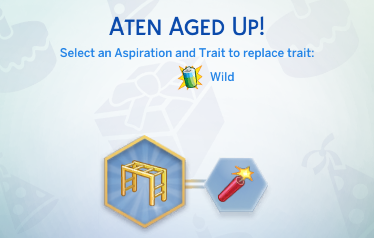 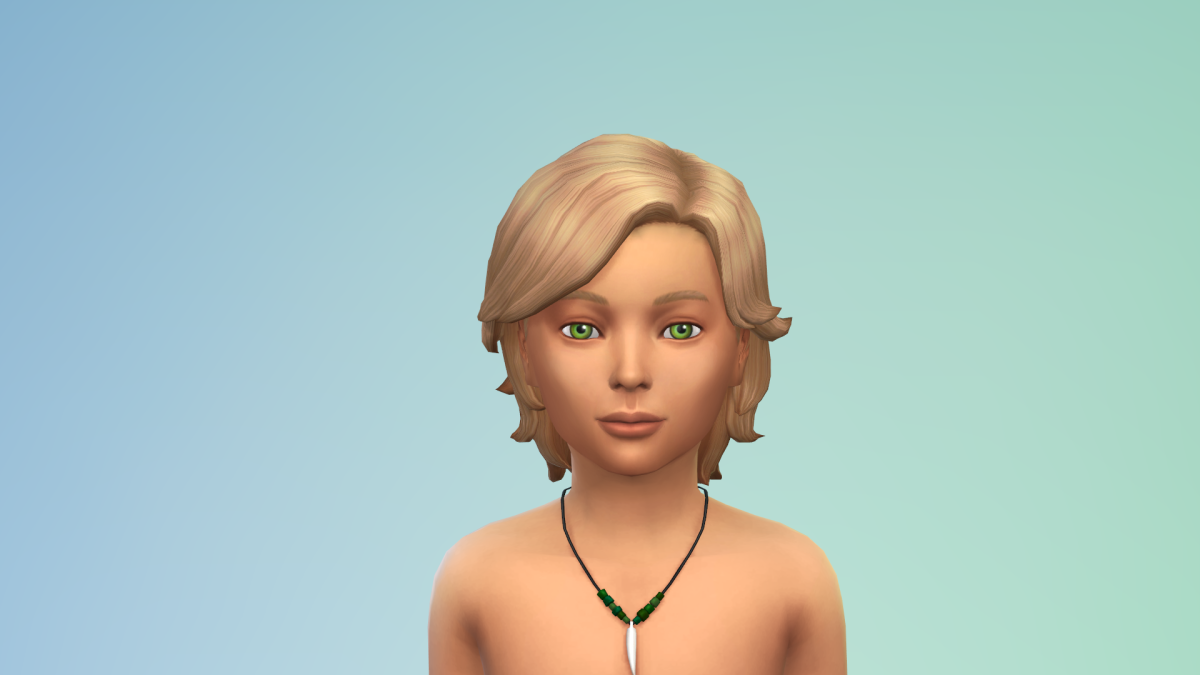 …the birthday of Sima-Mighdall’s firstborn son!

The adorable toddler aged up into a handsome child, and managed to look even more like his father than before!

The festive mood of Aten’s birthday seemed to lighten the air in Sima-Mighdall, and Emil and Kadhi began to warm up towards Toro.

Toro: “It’s actually a pretty big honour to sire a future queen; I’ll get mad props in the afterlife and my name goes on the family tree thing.”

The men ate fruit salad and swapped stories about the differences in their upbringing. 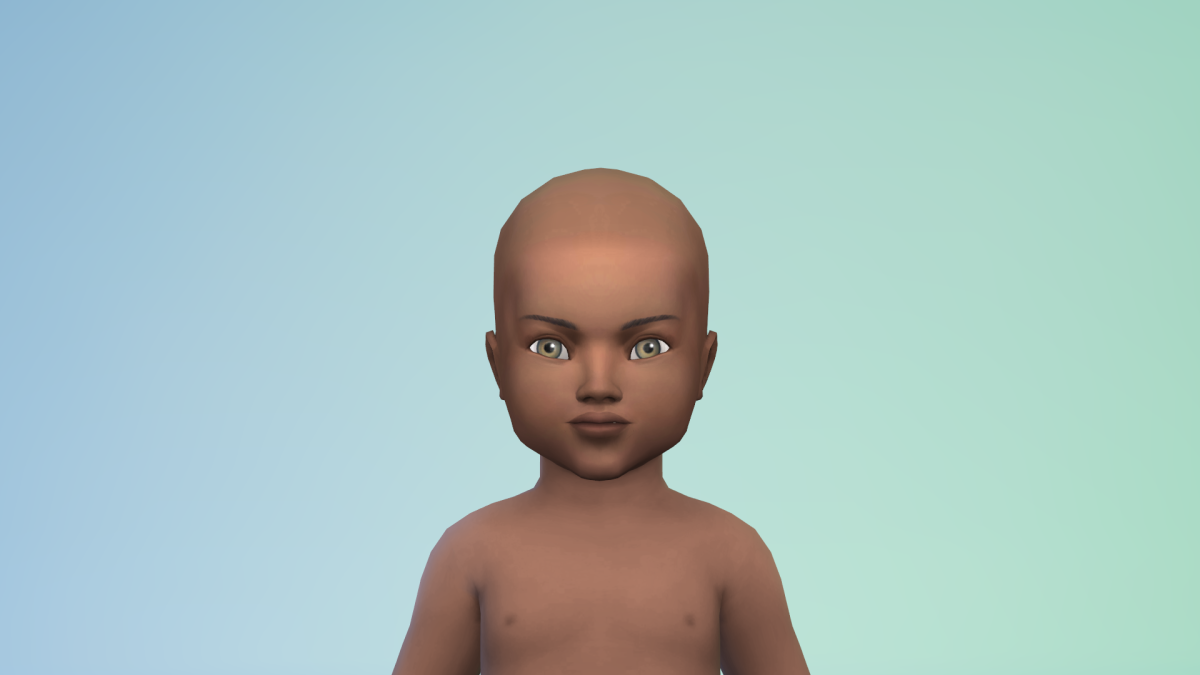 Hot on his brother’s heels, the Dark Prince aged into an independent toddler.

Where Aten had been the image of his father, young Pili had the look of his mother. Now that the bassinet was empty, Bastet knew she had an obligation to Athena and to her Tribe to fill it again…but this time, with a daughter. Assured that she was doing the best thing for her Tribe, the young queen bolstered her courage with a glass of Kadhi’s Special Reserve, and called for Toro to meet her at the woohoo bush.

The Themysimran slave came without hesitation, discharging his duty to Sima-Mighdall with enthusiasm.

Bastet was impressed with his skill and virility; it was easy to see the difference between slaves which were bred and educated specifically for procreation, and those of a more generic origin. Temulun was pleased to have finally settled in Al Simhara, doing Athena’s work, even though it was very different than what she was used to.

The air in this land was hot and dry, but so much less confining than the grand Temple of Themysimra, and Temulun knew that she was needed here to help Queen Bastet build a mighty Amazon civilization. The Queen would need someone to document her legacy and keep tribal records; Temulun hoped she would be permitted to serve in this capacity, and wondered if Bastet would allow her to erect a library…

Kadhi sat down heavily next to the young Themysimran woman, his mind deeply troubled; he wanted so badly to ask her about what the rule book had in store for him and Emil, but he was also scared to know the answer.

In the end he opted to sit in silence, sipping his lemon juice and fretting…it was all fine and dandy for Toro to look forward to an honourable death in the name of the Goddess, but Kadhi had not been raised with this expectation, and he was ashamed to admit that he did not desire that particular honour.

I did some testing of Bastet and Toro in CAS to see what their kids would look like; most of them were very attractive, but some had this funny weak little chin thing going on…oh wells!  Here’s hoping we get a good one!