Aten was pretty happy about life in general, but seemed to be missing the point on a whole number of issues; should pan out well for him later!

Raet had The Sadness about miscarriage and general lack of Princesses; also maybe jealousy over Persephone’s robust womb mixed with being in love with two people, and worried about Athena’s opinion.

Antonia overheard Cora having none of Kenza’s crazy shit, and maybe has a thought about the decorative garlic?

Aten felt super wonky; like even worse than that time he’d had Yaretzi in his tummy.

It had started after breakfast that morning; Caris made oatmeal, and because he was a good boy and finished it all, she even gave him a special cookie!  She’d said not to share the special cookie with Yaretzi, but that was kinda mean; Aten always shared with Yaretzi.

Maybe the cookie made his tummy hurt?  Aten knew that too many treats could totally do that to your tummy.

Good Buddy and Little Bro had fed a bit before they hit the sack, but the prince kinda wished they hadn’t; that totally made him feel extra wonky…he was looking forward to when Caris had her babies and could help out with the plasma feeding (at least for Little Bro).

Aten: “Me neither, maybe we shouldn’t play tag today.”

They’d ended up skipping ponies and hide and go seek too, and the prince didn’t even feel like throwing down some sick moves either.

Caris didn’t seem too worried, she said they’d probably just gotten too much sun or something, and to drink some water and go to bed early…

Despite being whisked away from her origins and thrust into the midst of strangers, by her earliest recollection, Cassie was certain she’d never felt so alone in her entire life.

‘Pili hates me,’ she knew it wasn’t a rational thought, but she couldn’t help it; like, he probably didn’t hate her, exactly, but he definitely had a problem with her?

The young woman had first noticed the change in his demeanor after her transition from childhood some months ago; he seemed off, like, distant?  Suddenly he was super awkward, and always busy, and didn’t want to talk about stuff anymore, like, ever.

Cassie felt like she’d been deserted, and she didn’t even know why!

Mrs. Scholar was no help about it either, but that was understandable, Cassie supposed; she had just lost 2 of her kids in a mysterious magic-light-beam accident.

Kalvin had arrived a few days ago with a letter from Queen Raet; Jahira had met the same fate as her twin brother, swallowed up by a beam of light for no apparent reason.

It was totally messed up.

Was it selfish that she wished she’d tried confiding in the scholar earlier instead of keeping it all in?  Maybe if she’d said something about Pili’s weirdness before Jackie and Terry had been abducted by flashes of light she’d know what the heck was going on.

Maybe it was worse because all her friends were gone now?  Not that she’d spent much time with Terry after her birthday; Mrs. Scholar kept him super busy with building the library, and then always seemed to be hovering around them when they were just talking and stuff.

Why did everything have to get so sucky?  Cassie wished she could go back to just being a kid again; having fun on the monkey bars with Jackie and Terry, solving missing persons cases with Pili.

Being a teenager was the worst.

Cassandra: “I don’t even belong here,” she groused.

Was this the Goddess’s way of letting her know it was time to move on?  Cassie sniffed and looked out over the desert…maybe she should just…leave.

Cassandra: “They probably wouldn’t even notice I was gone.”

The vampire felt it the moment he awoke from his slumber; an ache in his spine, a heaviness in his limbs, a haze in his mind.

Totec: “Come, we will find your brother and have a feed,” the older vampire tried to suppress his panic when he noted that his son was shaking; surely feeding would sort them out.

The upper level was quieter than normal for this time in the evening; it was not unusual for Yaretzi and that woman to be asleep early…

…but the princeling was normally still up and about, making a fool of himself in some fashion.

Bakari: “Where is everyone?”

Totec: “I do not know,” and it was true; there was something in particular that he found alarming about the situation, but he could not quite deduce…

Totec: “Which–” suddenly it hit him like a pile of falling rocks, the thing he’d failed to notice beyond the stillness and the silence; the scent of death hanging in the air.

Totec: “Where is my daugher?!”

There came a whimpering sound from Yaretzi’s room; Totec stumbled towards it through the ever encroaching fog in his mind. 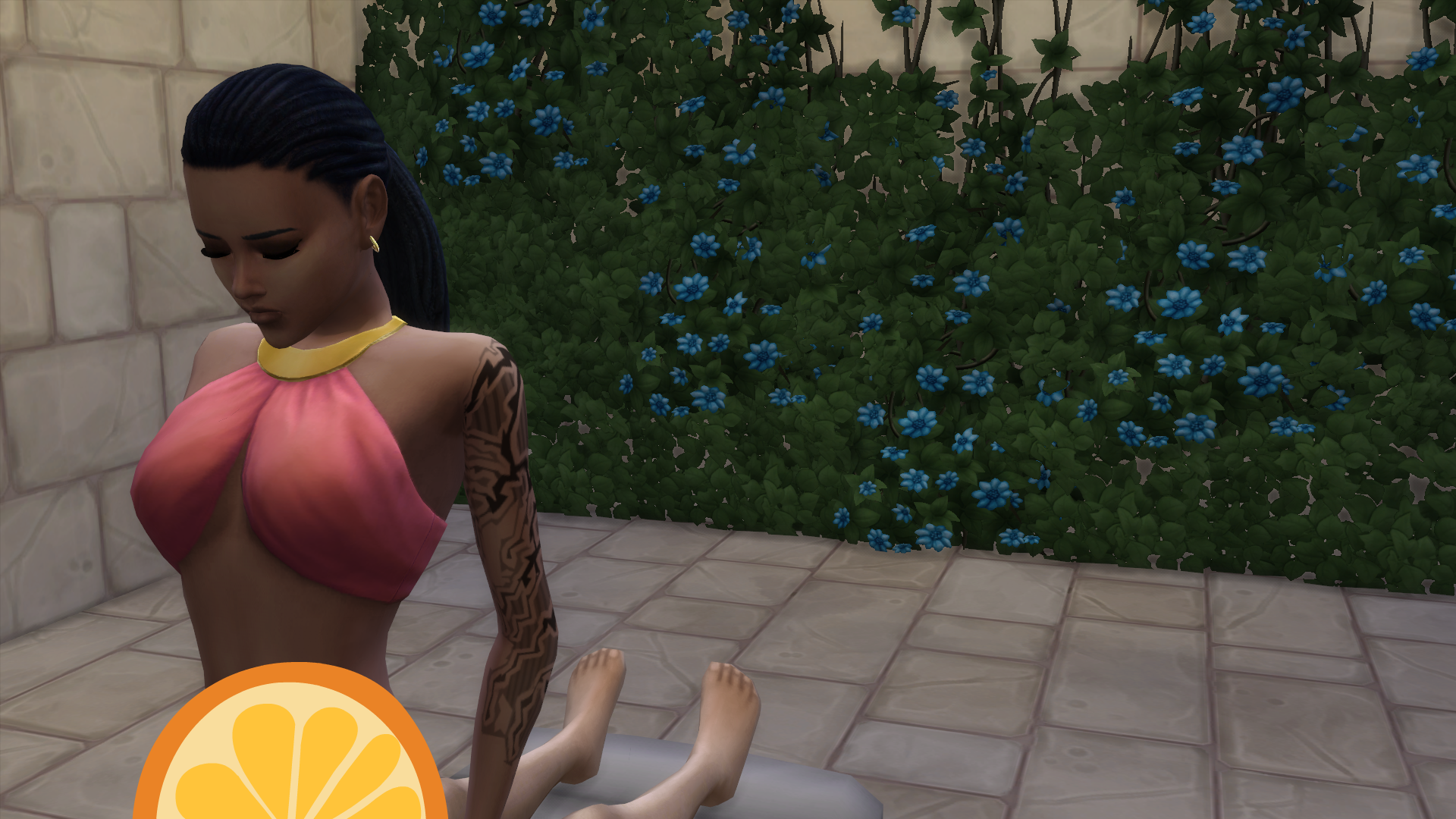 Kenza bore down on hips of the wild-eyed slave, gritting her teeth through the pain of their joining; how did others find pleasure in this act?  It was one of the most unpleasant things she’d ever experienced, and it was taking much longer than she’d anticipated.

It didn’t help, of course, that he’d had some difficulty rousing himself to breeding readiness for her, and in the end she’d had to wait silently while he stroked himself for what seemed like en interminable length of time.

It was utterly base.

Kenza: “What is the matter with you?  Why is it taking so long?”  It galled her that he did not seem to be enjoying their encounter; was this not the epitome of what men desired from women?  She should not have to suffer such an ungrateful creature. 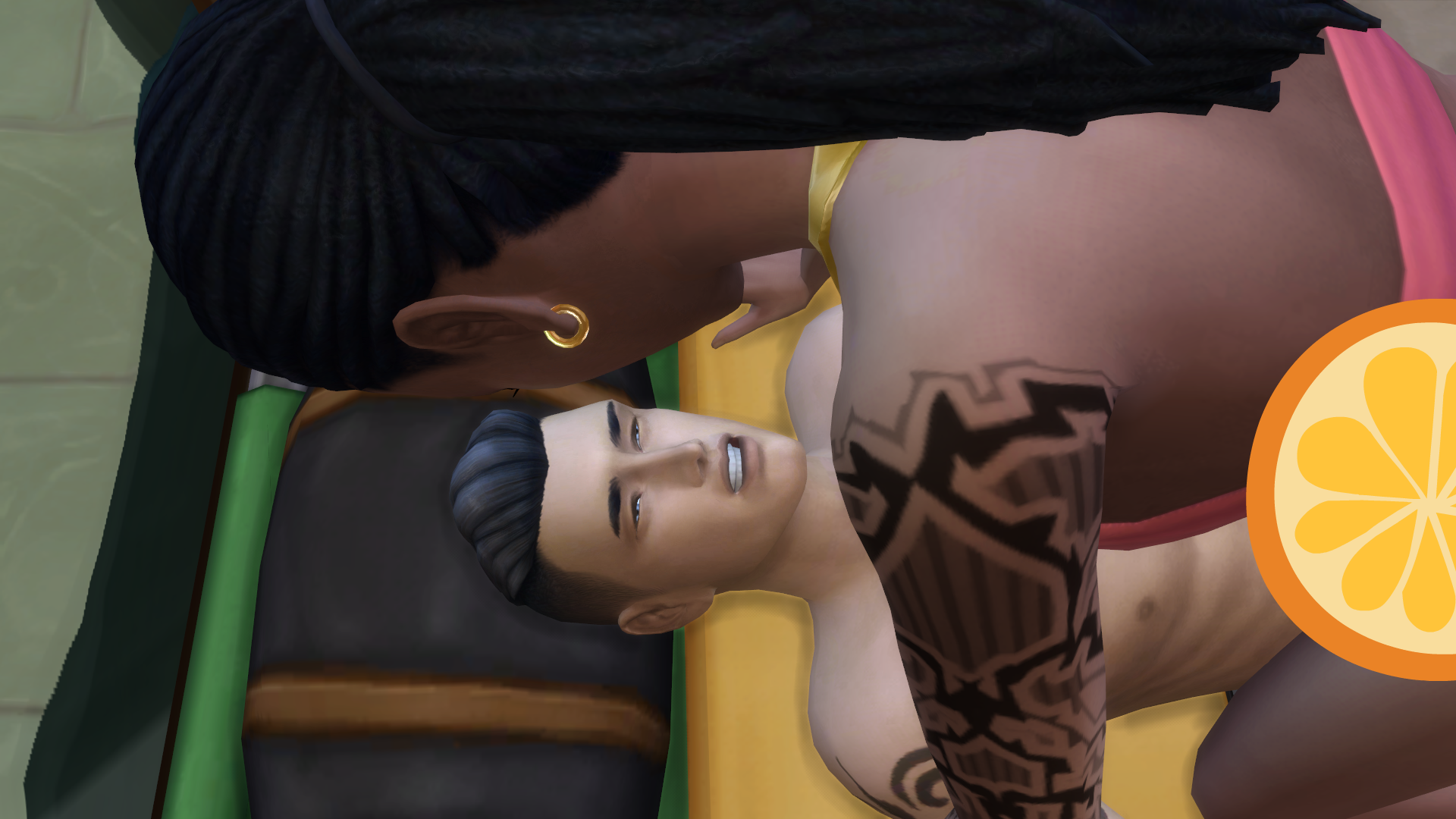 Wes: “My apologies Warden!  I–there is a lot of friction, it burns a bit, a-and I can’t…er…may I try the application of some oil?  I-I think that would–” 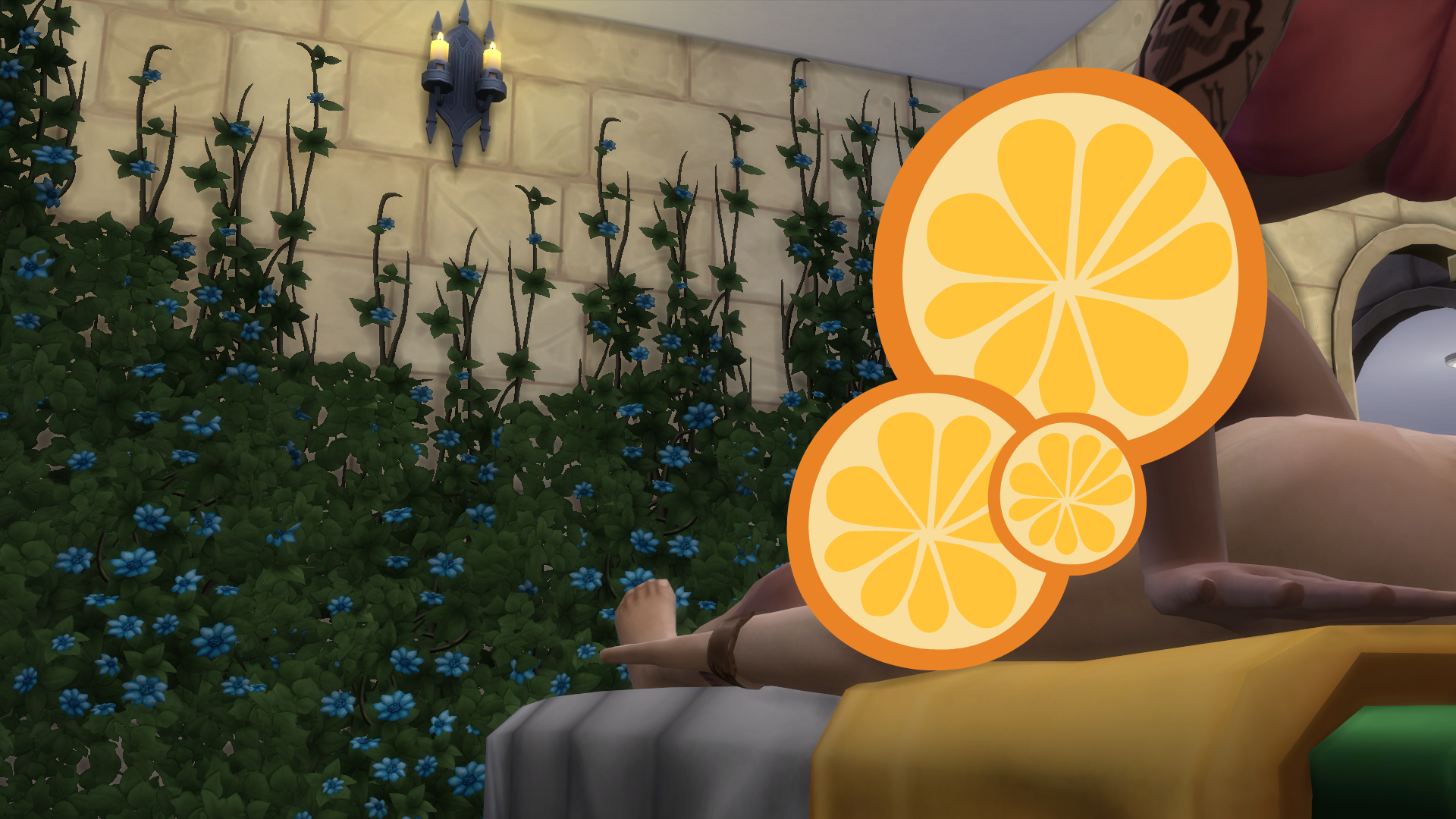 Kenza lifted herself, releasing his chafed appendage from her body, “be quick about it; you’ve already wasted enough of my time today.”

After the administration of the oil, the Warden had to admit that the experience was greatly improved upon, and if she had not already ridden herself to soreness, it may even have been more than tolerable. 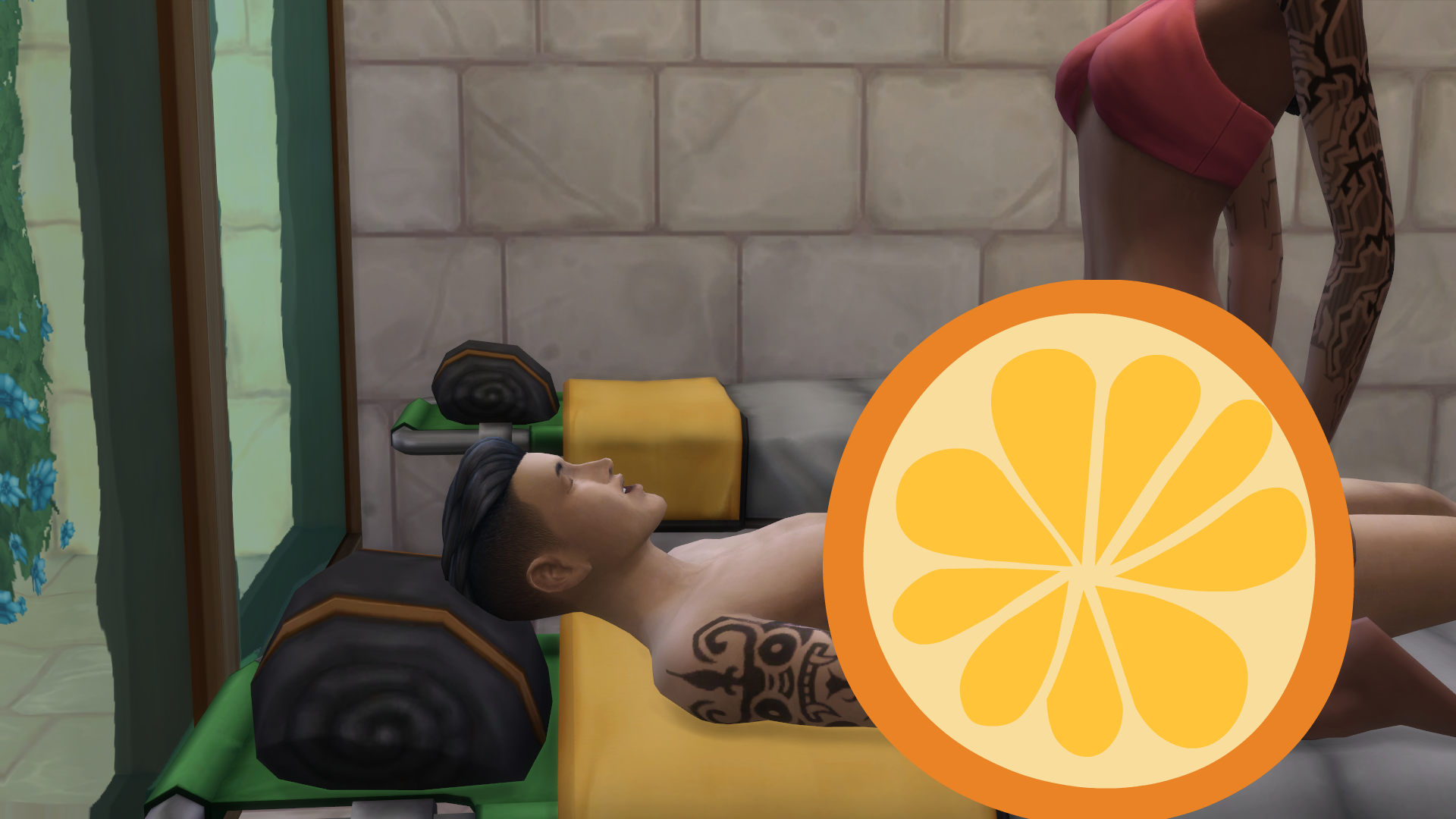 Certainly the slave was now enjoying himself, at least…though she was not certain how she felt about the sudden groaning and grasping of her hips; it was an altogether humiliating experience. 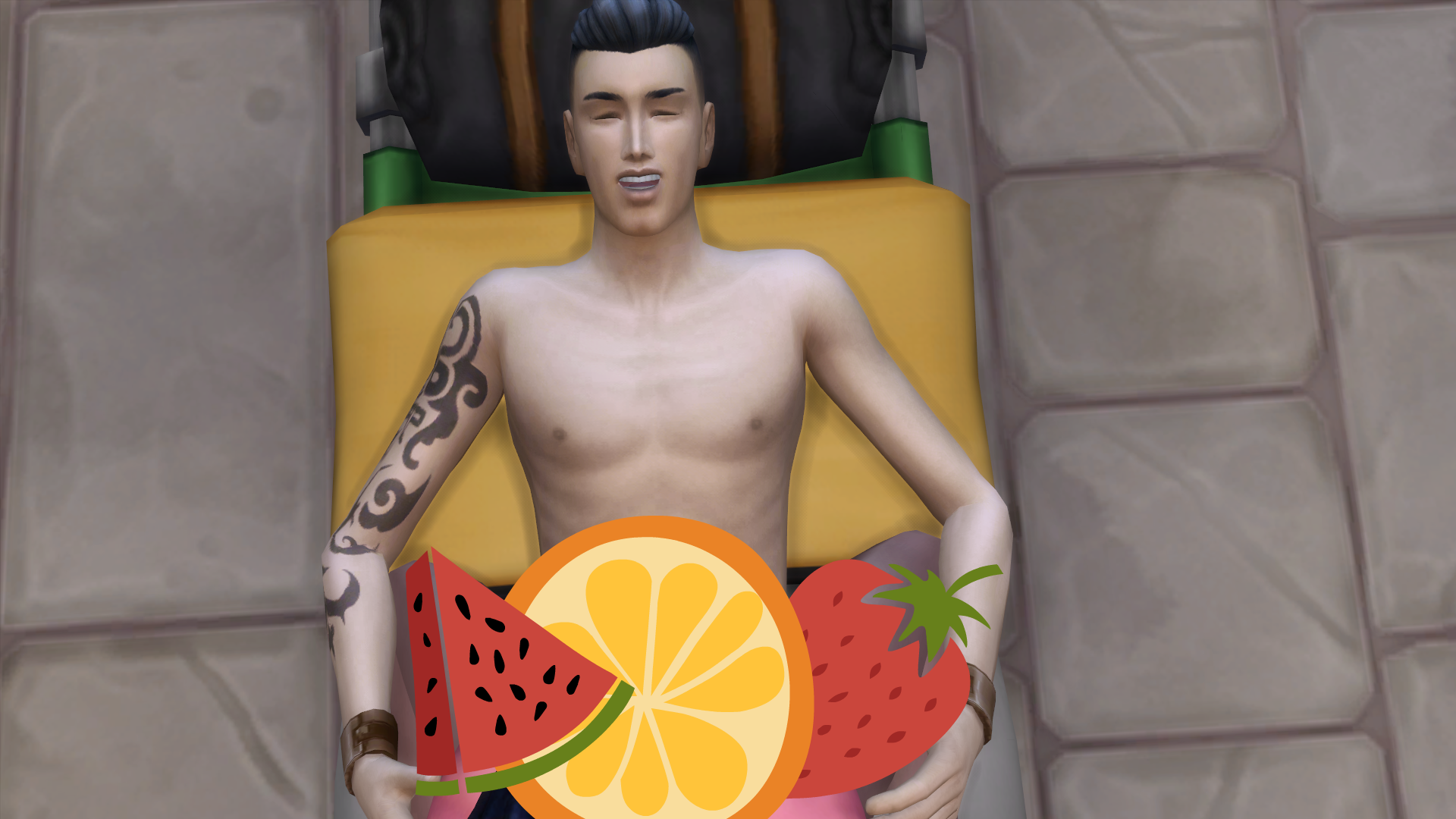 Wes: “Oh!  Oh shit!!”  He cried suddenly, and she could feel him emptying himself within her; again the Warden found herself gritting her teeth in discomfort, but this time as she fought the urge to pull away and deny him the satisfaction.

Kenza: “Finally!”  She snarled after a moment, “clean yourself up and–” a woman’s pained wail suddenly split the air, and every inch of flesh on the Warden’s body prickled.

Caris was awoken by a sharp pain in her abdomen; darkness and silence permeated the air.  Ever practical, she felt between her thighs for the blood that would, most likely, herald a loss of the pregnancy; there was none, and a peculiar relief washed over her.

‘Not that it would matter; they mean less than nothing to you,’ she reminded herself firmly.

Laying in the darkness for a few moments, she waited for calm to lull her back to sleep, but instead she felt her heartbeat quicken, and a strange dread settled in her stomach.  There was a…tranquility…to the house that felt wrong somehow.

Chastising herself for being silly, the Shaman swung her legs over the bed, and gasped when her feet landed on cold flesh.

Another wave of pain rippled through her womb.

This ain’t even the worst of it, frens!

Gird your loins (and feels) like you’ve never girded before; get a teddy to clutch, have some ice cream nearby (just in case), and know that I’m weeping into the nearest available bosom while self-medicating with caramel mocha crunch right along with you!

Here, let’s lighten the mood with some wholesome family dinner time, shall we?